Indulgences and Some Pleasures

Weekends are usually very nice and I look forward to it very much. The first qualifying criteria to have a great and happy weekend is to have all the work in the office well taken care of the week before. If there are still work not taken care of, not necessarily finished because the larger part of my work involves some very long term timelines such as the Initial Public Offering (IPO) and the ISO14000 and Green Certification projects, then the weekend will not be that enjoyable as I will have a very bad nagging feeling inside me and I won’t feel at peace.

So yesterday was great. Not only we played Go and Shogi in the Japan club but also in the night, we played Risk. Alex, Philip, Zaid, Jacky & Chi Kuan came and with the new and improved Risk, we played until 3 something in the morning. There are many other ideas to improve the Risk some more and make it more enjoyable and to also increase its strategic and tactical gameplay but just the basic gameplay itself takes 3-4 hours to finish. It is still very enjoyable nonetheless, a good break from the “serious” strategic game that is Go.

I really appreciate these friends of mine. They are really great and interesting personalities.

Then today just right in the morning, I woke up quite early despite sleeping at almost 4am last night, I read some Isaac Babel. I managed to finally buy a copy of THE COMPLETE WORKS OF ISAAC BABEL and looked forward very much to read more of him. That is probably the reason for me waking up early. Babel is another great story writer and for me rank right up there with other Russian writers, Dostoevsky, Tolstoy, Chekhov, all three whom I love, but loving Chekhov the most among the three and Dostoevsky second.

It is perhaps by pure coincidence or perhaps it is the work of my subconscious mind, I popped in Shostakovich’s 13th symphony into the CD player (Bernard Haitink, Concertgebouw Orchestra, Decca), one of the greatest symphonic works and can stand side by side with the greatest Mahlerian symphony (okay…. tsk tsk… Mahler is still the GREATEST!!). Babel is a victim of the dreaded Stalinist regime and Shostakovich’s work is also a criticism of the Stalinist regime. The combination of these two sent shivers down my spine and reminds me of how lucky I am to be born in this era in Malaysia.

The 13th symphony is actually a choral symphony, putting into music the goosebumps-inducing texts by the Soviet poet Yevgeny Yevtushenko. Some excerpts:

From Babi Yar that speaks about the Nazi massacre of over 100,000 civilians, mostly Jews but also consist of other races: “There is no Jewish blood in my blood, but I feel the loathsome hatred of all anti-Semites as though I were a Jew – and that is why I am a true Russian”. It is a call for all humanity to put an end to Racism. Racism has caused just too much blood to spill.

These are just excerpts of the harrowing text. Now, imagine Shostakovich’s music accompanying these texts. (Then read about what happened to Isaac Babel)…

Maybe I should have Pelmeni and some Vodka for lunch afterwards…..

Well, almost two weeks have gone by. My grandfather passed away last Monday due to old age, a ripe 98 years old and I was back in my hometown for the funeral ceremony. We all wore red, as if it is like Chinese New Year because according to tradition, anyone who passed away at a ripe age of 100 shall be celebrated because they have lived a full and long life and passed away peacefully, with lots of children and grandchildren, and great grandchildren. Indeed, the place was packed with all my grandfather’s decendents.

Thinking back, if it was not for my grandfather who has had the courage and made the effort to come to Malaysia (or Malaya at that time) to work and find a new living and new hope, our generation will still be stuck somewhere in China and our generation may not have progressed very far. Anyways, for better or for worse, we are living well here, all thanks to my Grandfather’s courage and foresight.

Every once in a while, this kind of courage and foresight is important, especially so when you are trapped in a death-hole, i.e. no matter what you do, the situation does not and will not look that it can be bettered. In such instances, courage is necessary to take the leap of faith, to restart life in the hope of a better future, if not for oneself, for the next generation.

You just can’t keep repeating and doing the same thing but expect the same results. I always keep telling myself and whoever I thought needed to hear this. I think I have even blogged about this before. This is really important. There is virtually no way where you keep doing the same thing over and over and expect different things to happen.

Anyways, the World Amateur Go Championship (WAGC) is happening now in Japan and is one of the top event for amateur Go players. Malaysia is represented by the ever strong Boon Ping who registered himself only as a 4dan. Let’s hope that he can achieve good results and we will all be rooting for him.

Another player that I am interested in is China’s representative, Hu Yuqing with whom I have played with in a tournament in Bangkok and of course was completely trashed by him. He won the WAGC before with straight wins and this year, many people thinks that he will win again. In fact, he actually has pro strength as I witnessed in the Bangkok tournament as even 2dan professional players have difficulties when played against him. By the way, he was also the champion in the Bangkok tournament.

A lot of things in Go is happening now in Malaysia. We just had a selection tournament for a tournament in Korea this September and the winner was Zaid (as expected) with the first runner up being Philip and second runner up being Alex. I was appointed to be the team leader. I am really looking forward to a great experience of Korean Go.

Filed under Events and Happenings, Weiqi/Go/Baduk

A post on movies is due and I would like to write about the current movie that is playing in the cinemas right now. The title of the movie is called SELL OUT!. I would also like to write about TALENTIME and other recently released Malaysian (or Malay) movie and write and update on the current state of the film industry, both in Malaysia as well as in the world, just like I used to do last time (check out the “Notes” section at the top of this page).

Anyways, as far as I would like to write about them, I feel inadequately prepared and not knowledgeable enough of the industry that I have left for almost 10 months now, even if I am still very much in love with the industry. Anyways, I will write about SELL OUT! in the next post since it is like a phenomena in the local movie scene.

For this post, just as an apetiser, I would just like to talk about short stories, particularly one that I read recently and if you fancy and if you have not read it or known this writer, you may like to check his books out in the local bookstore.

The guy’s name is Raymond Carver and he is such a good short-story writer. I actually know him through Haruki Murakami who is a huge fan of his and in the beginning, I tried to read some of Carver’s work but it didn’t move me even a little. I felt nothing at that moment.

Anyways, time passed and recently I took the fancy of reading one of his work again but this time it somehow clicked and I begin to read one of his short stories after another. Carver’s world begin to form in my mind and I felt I begin to appreciate him.

For a fact, the story that made it click for me was THE STUDENT’S WIFE. Then came WHY DON’T YOU DANCE? And it went on and on. His stories are very mundane, day-to-day, everyday life stories about common people. About their life, about their feelings, about their fears, about things they love, etc. Real simple stories, no bambastic princes and knights, etc. The way he told it is very subtle, not in your face and his style flows very naturally and is unpretentious.

So, story after story, I really enjoy rading Carver now and am so very afraid that one day, I would have read everything he wrote and then what? 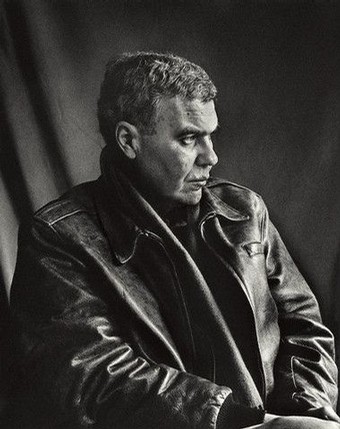 But that is not really what is in my mind. What is in my mind is that everyone needs to have a set of principles to live by. A set of beliefs on how to live life, how to face problems, how to enjoy life, how to treat people and the world around you. Everyone also needs a motto.

I think as we grow up and know more of the world, we will begin to form our own opinion of the world and inside us, we begin to work on some principles that we thought is the right way to deal with the world. I remember distinctly when I was still a teenager, I have this blue notebook where I wrote down my principles and beliefs, I wrote down what kind of person I should be.

Now, is quite a different story. I rarely write down things anymore, except of course blogging here. I can’t however, write my most private thoughts in a public blog. Perhaps I should start another blue notebook. When I write, I am in my best introspective mode. It is like some sort of meditation. Now, I just think by myself and don’t write things down. But even by just thinking and after I reflect on my principles and figure out what I want in life etc. and how I should proceed to live life, I feel good and that feeling can sustain me over the long haul, until doubts prevail again, and I will have to take time off and think again.

Thinking about it now, I don’t know what I will become if I have not had this system of self-introspection and self-motivation. I may not have gone very far, I may not have walked that extra mile.